Theory of Deconstruction: A Study of Scholastic Scope Thereof

This research article primarily dealt with the impact of theory of deconstruction in various disciplines; it endeavored to study the power of pervasion of this notable literary and philosophical theory into other areas of study including the field of education, too. Theory of deconstruction as propounded by Jacques Derrida, famous French abstruse thinker and philosopher of twentieth century, emphasizes the transient nature of the meaning of a text by finding various aporias -- a logical dis-junction in a text -- and impasses lying in the text whatever. Such aporias disturb the underlying system of logic of the text under consideration leading to its own negation.Being considered as the main building block of Postmodernism --a style and concept in the arts characterized by distrust of theories and ideologies and by the drawing of attention to conventions -- this aggrandized theory has pervaded a great many fields of knowledge changing their fundamental claims altogether . In this way, this theory has gained much attention in the realm of knowledge. This article, as a matter of fact, studies this very influence of theory of deconstruction in the realm of various disciplines. 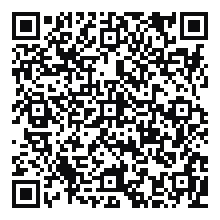