The paper critically evaluates the notion that political Islam is a threat to world peace. The argument is developed in the light of Islamic history and fundamentals of Islam and the research is based on primary and secondary sources. There was a time when magical influence of Muslims in every field of life (socio-economic, Political scientific) was conspicuous. For instance, Al Farabi's books influenced platonic theories. Similarly influence of Sufism on the works of William James, Goethe, August Comte, Nietzsche, Voltaire and Rousseau also cannot be over looked. Muslims taught geology, geography understanding of mathematics rules of philosophy and Industrial Arts and quality of products. Islamic state and society showed many signs of internal decay by 11th Century. The symptoms of decadence were discernible even earlier, the decline of the power and prestige of the caliphs even in their own capital. So, the problems lay with Muslim rulers and parties in rule but not with political Islam. The result was weak administration which shook the foundations of Islamic Empire. It is very important to have a state in order to preach Islam that is why, Mohammad (SWS) established Madina as a political entity to prevail justice on the lines of Quranic injunctions. 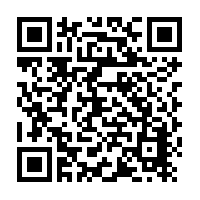