Pakistan is a country founded on Islamic identity, and it was established to safeguard Muslims' religious, cultural, and historical identities.Individuals and families can find spiritual, social, psychological, and often material support through religion. Pakistan's interest in building a righteous,organized, systematic, peaceable, and prosperous nation has indeed been paramount since time immemorial. Pakistan, since its inception inherited ethnically, sociologically, territorially, financially, and linguistically diverse social structure and population. Religion served as the foundation for the configuration of this nation. Specific structures of societal, economic and social deprivation altered this governmental ideology. Even though the country remains dominantly Muslim, demographically, it is relatively fragmented and disintegrated. This paper investigates the components of diversification that ultimately stymied Pakistan's nation-building process and will examine the process of Islamization, particularly during the Zia era, which assisted Pakistan in establishing a unified society based on Islamic principles of progressive political equality, and economic justice. 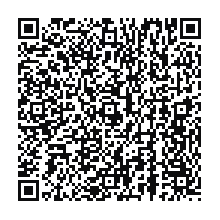