This study revisits Louise Erdrich's practice of 'magic realism' to explain how the realistic presentation of unreal elements in Erdrich's writings differs from the western expression of magic realism. With the interactional thick inscription of Erdrich's magic realism, this study argues that the unreal events in Tracks are not based on Erdrich's imagination but the spiritual facts of her inheritance. Her description of naturalcum-supernatural elements cohesively achieves a synthesis of the Chippewa Anishinaabe magic-realistic world and, simultaneously, derives the social and cultural hierarchy of the Native American world. She appropriates the western concept of 'magic realism' to enlighten her oral tradition in 20th-century non-native societies. This appropriation explores the individuality of Native American traditional ways of being that have been considered cultural nonsense in modern academia. This interactional thick inscription of delimited text systematically inscribes the pre-Columbian context of 20th century Chippewa Anishinaabe, the Canadian border, and defines Erdrich's quest for her native identity. 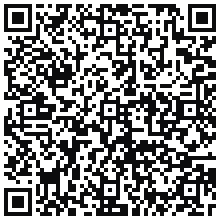