Globalization is the instrument of disintegration and weakening of nations through a vast network of transnational companies and their monopoly on global markets that destabilize a nations economy by enhancing the interdependence of the countries and weakening the nation-states grip over its geographical borders. Rahman in his novel In the Light of What We Know (2014) shows Afghanistan as a victim of tripartite – economic, cultural, political – globalization. Using Spencer & Wollmans (2002), Appadurais (2005) and Giddens (1990) critique and analyses of globalization, this study explores how Afghanistan has been gripped by the forces of globalization. Raemdoncks (2013) conceptualization of three dimensional global games of chess – great game, little game, and domestic game – being played by America, Pakistan, and Saudi Arabia, ISI and NGOs in Afghanistan chalks out the American designs of getting access to the oil and gas reservoirs in Afghanistan and Central Asian states. 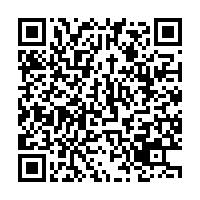