The research attempts to evaluate the nexus between neoliberal global capitalism and neo-imperialism as portrayed in Tariq Ali’s play A Banker for All Seasons (2008) from a Marxist Postcolonial perspective. It applies the theory of World System and Dependency to examine the polarization of the globe into the core, imperialist and peripheral, colonized capitalist economies through the evolution of a capitalist world system in the last five centuries. In the same light, the present study scrutinizes the perpetuation of dependency in the postcolonial, peripheral states by the development of US-centric transnational enterprises which, supported by the national capitalists and neoliberal agenda, economically exploit masses across the globe. A textual analysis of Agha Hasan Abedi’s character in the play highlights the way the global Bank of Credit and Commerce International founded in Pakistan ran neo-imperialist operations and plundered the hard-earned money of its small depositors, benefitting the big capitalists. 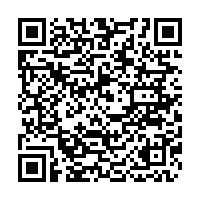