Students Religiosity as a Predictor of Students Future Orientation: Analyzing the Effect on Secondary School Students of Punjab

Religion has been considered as an outline for the sense of meaning and purpose. This research explores the effect of secondary school students religiosity & Spirituality on their future orientation in Punjab. This research seeks an answer to the contribution of students religious affiliation (fellowship with Islam, Christianity or Hinduism) and religiosity (Faith-based Coping (FBC) and Religious Social Support (RSS)) and FO. A total of 296 Muslims, 290 Christians, and 278 Hindu students participated in this research. Religiosity and Spirituality scale for Youth (RaSSY) developed by Brittany (2011) was adopted, while Future Orientation Scale (FOS) for measuring Future Vision towards Subject Choice and Future Vision towards Profession Choice was developed by researchers. The research concludes that students religiosity has a significant impact on their future orientation (FO). The religiosity moderately explains variances in FO of Muslims and Christians; however, it has a high impact on Hindu students in Punjab 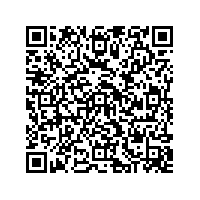