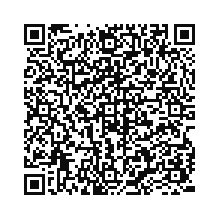 The aim of the study was to analyze the relationship of the kinematical factors with the ball velocity of the drag flick performance of the national elite players in field hockey. To attain this purpose, 64 drag flicks of sixteen players were recorded and analyzed through the VICON motion capture system and MATLAB software. The descriptive statistics and Spearman correlation were computed for statistical analysis. The mean ball velocity of the drag-flicks of the female and male players were 21.31±3.53 m/s and 15.10±4.02 m/s, respectively. The ball dragging length, ball dragging velocity, stance width, left-knee angle and left elbow angle had a significant correlation with the ball velocity. The subjects maximize dragging length, dragging velocity and stance width while minimizing their left-right knee angles for high velocity. Players and coaches should emphasize ball dragging length, dragging velocity and stance width to improve the drag flick performance.

Field hockey has several segments, but the penalty corner is the vital part which is considered a brilliant chance to make a goal for the win. This segment contains three specialized applications push-in, stop and drag-flick, in which drag-flick has a significant relationship with goal-scoring (Ledru et al., 2019). The drag-flick technique is recognized as the largest goal-scoring practice in field hockey and the dynamics of this technique are important in terms of performance (Bari et al., 2014). This technique needs physical fitness and the use of biomechanical skills (Sharma et al., 2012). The ball speed of the drag-flick has a strong association with the kinematical factors applied to the ball (Eskiyecek et al., 2018).

Baker et al. (2009) computed the values of ball pace through a radar gun and determined that the mean ball speed was 30.5 m/s. Husain et al. (2012) determined that values of the ball velocity for the drag-flick were 31.85±0.86 m/s amongst countrywide players and the ball pace was 30.99±4.33 m/s for individuals who had been playing at the college level.

The researchers recognized 4 fundamental sections of the drag-flick, technique toward the ball, touch with the ball, ball dragging, and follow-through, which affected the ball pace of the drag flick shot. It was recognized (Palaniappan and Sundar, 2016) that some biomechanical elements affected the ball pace of the drag-flick shots. It was additionally mentioned that excessive ball pace might be attained with the ball approach distance, excessive stick velocity and large ball dragging distance (Ibrahim et al., 2016). It was concluded that the elbow (angle) motion was crucial for a correct drag-flick shot (Ratko et al., 2006) and it was additionally hooked up that the extension of the elbow drastically delivered to the ball-pace of the drag-flick (Gurol and Yılmaz, 2016).

In the foregoing studies, 2D and 3D kinematical analyses of the drag-flick overall performance were done and the kinematical statistics became received through the usage of X-sense (movement capture) Technologies. Different elements which include the ball speed, approach time on the ball, knee and elbow angles and ball dragging distance, have been analyzed with high-speed cameras and computer software (Eskiyecek et al., 2018). The body movements of the flickers have been evaluated to enhance their overall performance in competitions and the criterion for assessing the overall performance became the correct drag-flick with high ball speed. A better knee extension speed contributed to better ball speed among elite players (Ladru et al., 2019).

The previous research work instigated the researcher to investigate the association of the kinematical factors with drag flick performance in field hockey among the national elite players in Pakistan.

Consideration of the kinematics of a drag flick may be beneficial to enhance the overall performance of the national drag flickers (Augustus et al., 2007). If the country-wide elite players and coaches have information about the scientific relationship of the chosen kinematical elements with the ball speed in drag flick performance, then they are able to carry out or teach better. Therefore, the objective of the current study was to decide that kinematical factors of drag-flick have a significant connection with the ball speed.

This study was carried out on eight male and eight female national elite players. The ages of the players were from 15 to 21 years. They had at least one year of playing experience at the National or International level and they participated voluntarily. All the participants had not undergone any professional training regarding the drag flick. They were all informed about the study, their consent was obtained, and all had no medical fitness issues.

Keeping in view the cited research work, the researcher adapted the 3D videography kinematic methodology to obtain the kinematical factors of the drag flick through the VIVON motion capturing system in the Biomechanics Laboratory at Lahore University of Management Sciences (LUMS), Lahore. All players used their standardized sticks with proper kits and performed drag-flick after the proper warm-up. A single standardized field hockey ball weighing156-163 gm with a diameter of 12.5cm and with the reflectors was used. Fourteen markers were placed on the players' bodies: toes of shoes; lateral malleolus on the ankles; patella lateral on the knees; trochanter major at the hips; medial-styloid on wrists; olecranon on elbows and acromion on shoulders. Two markers were also placed on the hockey stick: on the head and the handle.

The measurements of the drag-flicks were recorded with a VICON (Nexus 2.8.2) motion capturing system with sixteen cameras. Fourteen infra-red (IR) cameras (Basler Pi A640-210GC) with a 250hz frame rate and two high-speed video cameras (YCON MxF20) with 125hz frame per second were utilized. IR cameras were utilized to capture the kinematic factors of the player, hockey stick and the ball through reflectors and markers. MATLAB software was used for data capturing, labeling, and filtering. All drag-flicks were performed with a stationary ball position at a half foot away from the circle line in front of the goal post without a goalkeeper. Each drag-flicker performed five to seven drag flicks but his four best drag flicks were used for statistical analysis.

In this study, kinematic measurements were recorded from the starting phase to the follow-through phase. The approach distance was measured manually; drag length, drag time, drag velocity, stance width, and the ball velocity were computed from the VICON motion capturing system and MATLAB software. The average knee and elbow angles were also computed from the VICON system, taken on from the start dragging to end dragging based on camera frame rate.

The mean, the standard deviation and bar charts were accustomed to exploring the selected variables and Spearman rho correlation was calculated to measure the direction and the relationship of kinematical variables with ball velocity.

Table 1. The Mean & the Standard Deviation (SD) Values of the Selected Variables

The main purpose of the current study was to quantify the use of biomechanical skills of elite hockey players, and to examine the relationship between biomechanical factors and anthropometric variables with drag-flick performance. To obtain this purpose, sixteen hockey players were selected from well-known hockey clubs, including National Hockey Camp, in Lahore, Pakistan. All the players participated voluntarily.

Non-parametric Spearman rho correlation coefficients showed that the ball velocity (drag flick performance) had a significant correlation with kinematical factors of the drag flick and anthropometric attributes of the flickers. Ladru et al. (2019) conducted a study to analyze the relationship of ball speed with the maximum angular velocity of knee extension and maximum knee angle in elite drag flickers. The data of biomechanical variables were recorded 240Hz by using (motion capture) X-sense Technologies. They found positive and signiﬁcant associations between ball speed and angular velocity of knee extension.

Ibrahim et al. (2016) carried out a study on 10 players. They utilized 150Hz marker movement analysis and 2 (force) plates to detect the foot touch. They analyzed angular speed and involvement of upper body joints toward the speed of the stick (blade). They discovered that trunk axial rotation, right wrist flexion, and left wrist extension were the principal members to the stick speed. Ultimately, the stick speed resulted in the ball speed of the drag-flick. The present study indicated that ball speed had a significant affiliation with left-right knees angle and left elbow angle.

Verma (2014) found the contribution of physical attributes to drag-flick performance. Their study variables were back strength, shoulder strength, grip strength, back flexibility, and leg strength as independent variables. He discovered that the physical variables such as arm, shoulder, and grip strength significantly contributed towards drag-flick performance. In the current study, it was observed that weight and height had a positive and significant correlation with ball velocity.

It was reported (Ratko et al., 2006) that the movement of the elbow was important for an accurate drag-flick shot. It was also established that the extension of the elbow significantly added to the ball velocity during the execution of drag-flick (Gurol and Yilmaz, 2016). The current study found that left elbow angle and left-right knee angles had a significant association with ball velocity during the execution of drag flick.

The drag-flick performance had a significant association with the kinematical factors of the drag flick and anthropometric attributes of the flickers. The ball velocity can be increased by increasing the dragging length, dragging velocity, and stance width and by decreasing the left-right knee angles. Players and coaches should pay attention to drag length, darg velocity and stance width for excellent performance in drag-flick.