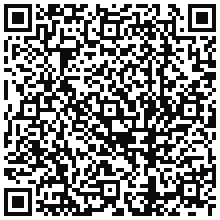 The need and importance of education cannot be denied because it is in a broader sense greatly acknowledged as the priceless asset which leads to getting success. It enables the people to feel critical, think out of the box, how to behave according to the situation, know own self and the world they live in. Furthermore, Janks (2014) stated that education provides knowledge and information that aware people to know their roles, responsibilities, duties, and rights towards performance any duty, task, or job. More education broadens the vision and view to think out of the box and see the future. It shapes our opinions and builds a positive instinct to look at the brighter side of life. Education is as necessary as oxygen is to sustain our life. The behavior of an individual is changed towards particular objectives

just because of his education. The destiny of a nation is also determined due to its educational progress (Khizar, 2019).

Educational institution whatever the type or level is the place that provides a base for individuals to develop their capabilities (Akinwunmi and Adeyanju, 2011) under the supervision of teachers. Memon (2008) argued that educational organizations are the means for transformation of knowledge and skills, inculcation of ethics and values within properly organized structures. The structure of educational institutions can be divided into two parts; one is called the administrative structure and the other is referred to as the physical structure. He added that administrative structure encompasses head-teacher, teachers, supporting staff, and the basic role of these to implementation of policy, managing financial matters, and creating a quality learning environment, on the other hand, the physical structure is including all physical resources such as classrooms, labs, lighting, etc. (Memon, 2008).

With regards to school functioning, a plethora of literature signifies that the role of school head as crucial for school performance. And present study has concerned with to examine the head teachers’ role in managing the performance of schools. Like any other institute, schools also need an administrator to direct it in a particular direction to achieve certain performance goals and maintain the school in terms of discipline provision the best possible education with the limited resources at hand. Certainly, schools are headed by head teachers and it has frequently been said that schools are as good as their head teachers. A head teacher as a leader gets things done and has the capability to moderate, inspire, guide, direct and listen (Harris, 2013). The head teacher as an administrator manages the academic and office related day-to-day activities. However, the major role is creating an enabling and conducive environment for teaching and learning through augmenting of human and material resources. The head teacher perform management by using principles of management such as planning, organizing, supervising, directing, budgeting, communicating, and evaluating (Blumende, 2001). Robinson, Lloyd, & Rowe (2008) argued that the performance of a well-educated head-teacher makes difference significantly in performance of teachers and school because he always eager to create conducive learning environment to raise the quality of teaching-learning process and academic performance (Tuckman and Kennedy, 2011). Head-teachers, therefore, are to be considered accountable for their performance which is based on the extent to which teachers taught efficiently, satisfied to their head-teachers and level of students learning. It means teachers performance, students’ achievement, and performance (result) of schools are significantly related to the performance of head-teachers.

Campbell, (2017) expressed that explanatory knowledge, aptitudes & procedural knowledge, and motivation are the critical dimension of performance to complete a task. He referred the explanatory knowledge as knowledge that depends upon persons’ capacities and preparedness. It is including the knowledge of self, standards, facts, and objectives. Aptitudes and procedural knowledge based on certain abilities and skills e.g., psychological, psychomotor, physical, self-control, collaboration, and relational abilities. And the motivation includes energy and the decision to act. Job performance, according to Ogunleye & Osekita (2016) is the ability to complete assigned tasks or duties in line with standard operating rules and procedures by optimal utilization of resources. However, Badar (2011) has mentioned “job performance” in terms of task-related performance which includes the completion of core job tasks

(routine and some specific tasks).

A research study conducted by Mulyani (2012) indicates that school administrators' qualification has a significant and positive effect on school performance. The head teacher’s role is well-informed and augmented by knowledge from education as a discipline. The fact the matter is that education as a discipline is the blend of different disciplines such as sociology, psychology, social, psychology, anthropology, philosophy, political science, and economics. The performance of principals as measured by their qualification has a significant impact on the high and low level of performance of schools (Andriani et al, 2018). It reveals that high and low level of performance of schools can be explained by the qualification of the principals, Tehseen, and Hadi (2015) arguing that a knowledgeable and well-read head-teacher is more productive and have the ability to enhance school productivity in terms of students’ performance and school success. In addition, a well-qualified head-teacher interacts with school council members, community members, parents, and other high-ups among others and therefore head-teacher needs to have a wide worldview and provides a window into the school for all the stakeholders.

According to Miarso (2008) professionally qualified school leader is someone who knows, how to get things done efficiently and effectively, is aware of standards of quality education, master the content of the lesson. So professional qualifications mean the pre-requisite that shows the presence of abilities required to do a job. High qualifications also indicate the credibility of a person in performing work and moreover, it is interpreted as the proficiencies and competencies that someone must possess in the execution of his duties (Lai, Sadoulet, and Janvry, 2011). Andriani et al. (2018) made it clear that heads’ performance is related to the overall performance of an institution and Miarso (2008) acknowledged that level of qualification, however low or high will make a highly effective and efficient head and ultimately impacts on the performance of teachers and school. Highly qualified heads as mentioned by Kristiawan et al. (2020) always keep the focus on his responsibility that educational progress and intellectual, emotional, moral, and physical development of learners do matter. Therefore, qualifications can be hypothesized the credibility in getting work done, because it interprets as competencies that someone has in getting done his duties. School heads have substantial responsibility; therefore, they must have suitable qualifications and motivation (Putra, 2017) (Kristiawan et al, 2020) (Murtiningsih et al., 2019).

Gümüş, et al. (2021) investigated the relationship of principal qualifications with performance and reported that positive relationship of qualification with performance, therefore, in the present study it was assumed that the head-teachers with higher qualification are more effective due to the benediction of qualities which are necessary for head-teachers be effective in their work. Therefore, researchers have opted for this study to watch the extent to which the level of qualification is playing role in performing the routine and contextual task efficiently and effectively.

The main objective to conduct this study was to investigate the extent to which the level of qualification has an impact on head-teachers performance and school performance. To reach the results following null hypotheses were tested:

To measure the performance of head-teachers a questionnaire comprised of forty-eight items under ten indicators was constructed and used as a data collection instrument. Performance indicators were based on the different studies (Okon, 2004; Robinson, Lloyd, & Rowe, 2008; Badar, 2011; Muring, 2014) and included the creation of a conducive learning environment, maintaining discipline, involving teachers in decision making, efficiently manage conflicts, promote school-home-community relation, monitors students’ progress, good communicator, significant knowledge and skill of financial management, organization of co-curricular activities, provide assistance in the professional development of teachers. Sullivan, & Artino (2013) stated that the Likert scale is required format to gauge the statements numerically, therefore in the current study questionnaire was designed on a 5-point Likert scale anchored on strongly disagreed, disagreed, uncertain, agreed, and strongly agreed and each of the items was weighted a numeric value range from 1 to 5 respectively. Initially, 72 items were prepared and placed the questionnaire before the experts to check the validity of each item under the respective indicator. After going through the process forty-four items were finalized. Indicator-wise and overall reliability of head-teachers performance questionnaire are given below.

Table-1 shows the Cronbach alpha reliability test of each performance indicator and the questionnaire as a whole. Cronbach’s alpha of (HTPQ) was found to be 0.82, therefore items were reliable. School performance was measured in terms of the percentage of results declared by the Board of Intermediate and Secondary Education Rawalpindi. The mean of consecutive three years results was used as the performance of the school.

The researchers administered the questionnaires personally to the secondary school teachers selected for this study. It was explained that ticking the appropriate response kept in mind the administration behavior of your head in performing different routine tasks and they were assured that your response was entirely used for research purposes only. 100% response was gotten by using all possible means and in analyzing the collected data, the researchers utilized the descriptive statistics of simple mean, standard deviation, standard error of the mean, and percentage. Moreover, Mann Witney U-test was used to compare two groups' means because Mann Witney U-test is the non-parametric type of t-test used to compare two categorical groups i.e., 16-years qualification of head-teachers and more than 16-years qualification of head-teachers. For analysis purposes, more than 16-years qualification was named as “post-graduation” and 16-years qualification as “Graduation”

To test the hypothesis researchers used Mann Witney U-test because the nature of data is non-parametric type. Results of data analysis are given below.

Table indicated that if there exists a significant difference in the performance of heads in regards to Board of Intermediate and Secondary Education results based on level of qualification. Results indicated that t-value is significant at 0.05 levels (t = 3.88, p-value is .001). Therefore, it can be established the fact that there is a significant difference between the mean results of heads with Post-graduate and Graduate. Hence the Secondary School Certificate (SSC) results of head-teachers who had more than 16-years qualification found good (M= 90.12, SD= 3.23) than their counterparts who had 16-years qualification (M= 72.15, SD=1.46).